Hey MAGA morons and other Republicans – here is the truth:

ü  TRUMP LOST THE 2020 ELECTION – BOTH THE POPULAR VOTE AND THE ELECTORAL COLLEGE VOTE – IN A FAIR AND HONEST ELECTION.  THE ONLY IDENTIFIED ELECTION INTERFERENCE AND IRREGULARITIES WERE COMMITTED BY REPUBLICANS IN SUPPORT OF TRUMP AND BY TRUMP HIMSELF.

ü  TRUMP ALSO LOST THE 2016 ELECTION BY ABOUT 3 MILLION VOTES IN A FAIR AND HONEST ELECTION.

ü  TRUMP PURPOSEFULLY INCITED A SEDITIOUS ATTACK ON THE CAPITAL ON JANUARY 6th IN AN ATTEMPT TO REMAIN IN POWER.

ü  THE COVID VACCINATIONS ARE SAFE, LEGITIMATE, EFFECTIVE, AND EFFICIENT.

ü  IN THE HISTORY OF OUR COUNTRY NO ONE SINGLE INDIVIDUAL HAS DONE MORE DAMAGE TO AMERICA, THE AMERICAN PEOPLE, AMERICAN VALUES, AND AMERICAN DEMOCRACY THAN DONALD TRUMP.

Posted by Robert D Flach at 6:20 AM No comments: 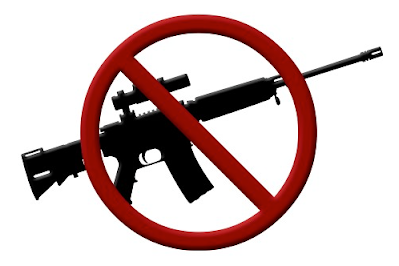 No individual of any age has a need or a right to own and carry an assault weapon or an AK-anything.  It is not needed for hunting, target practice or protection.  The one and only purpose of an assault rifle is in its name – to assault.

Conservative icon Barry Goldwater once said (highlight is mine) –

“I've never used an automatic or semi-automatic for hunting. There's no need to. They have no place in anybody's arsenal.”

We must totally ban all assault weapons.  It should be illegal for an individual to purchase, own and carry an AK-47, an assault rifle, or any such weapon, or anything that converts a traditional rifle into an assault weapon.  Upon passage of the ban legislation the government should begin a program to buy back all currently held assault weapons.

The Second Amendment to the Constitution has absolutely nothing whatsoever to do with a citizen’s personal right to carry any kind of gun.

Conservative former Chief Justice of the U.S. Supreme Court Warren Burger, nominated to the Court by Nixon, has observed –

“The Gun Lobby’s interpretation of the Second Amendment is one of the greatest pieces of fraud, I repeat the word fraud, on the American People by special interest groups that I have ever seen in my lifetime.”

“The real purpose of the Second Amendment was to ensure that state armies – the militia – would be maintained for the defense of the state.”

The state militias that existed in the time of the Revolution have been replaced by state police, the National Guard and the US Armed Forces.  State militias no longer exist – so the Second Amendment is obsolete and has no application today.

The sale, purchase, and use of guns should be regulated just as automobiles and boats are regulated – as Burger suggested in 1992.

* All gun owners must have a valid license, which must be renewed every year. The initial issuance of a license must be based on a thorough and comprehensive background check.

* To get a license a person must pass a written test and a “practical” test. Gun licensees must demonstrate they know how to properly operate and maintain a gun.

* Gun owners must be required to have insurance similar to auto insurance.

* We must title and tag each gun at point of purchase, so each gun is registered in a local data base and law enforcement can know if a person is stockpiling an excessive number of guns.

* Guns must be inspected at least every other year.

We have had too many mass shooting tragedies not to act.  The Republican Party must acknowledge that American lives are more important than political contributions.

Posted by Robert D Flach at 1:48 AM No comments:

TODAY’S “RIGHT-WING” ARE NOT TRUE CONSERVATIVES!

Today’s extreme “right-wingers” have no concept of true conservative philosophy and should NOT be called “conservatives”.

The political agenda of the so-called “Evangelicals” of the religious right is contrary to true conservative policy.

Abortion, homosexuality or same-sex marriage are NOT conservative issues – they are religious issues.

Nobody can doubt that Barry Goldwater was a true conservative.  Here are a few of his quotes-

“I've never used an automatic or semi-automatic for hunting. There's no need to. They have no place in anybody's arsenal.”

“Religious factions will go on imposing their will on others unless the decent people connected to them recognize that religion has no place in public policy.”

“The great decisions of government cannot be dictated by the concerns of religious factions. We have succeeded for 205 years in keeping the affairs of state separate from the uncompromising idealism of religious groups and we mustn't stop now. To retreat from that separation would violate the principles of conservatism and the values upon which the framers built this democratic republic.”

“I am a conservative Republican, but I believe in democracy and the separation of church and state. The conservative movement is founded on the simple tenet that people have the right to live life as they please as long as they don't hurt anyone else in the process.”

“I am frankly sick and tired of the political preachers telling me as a citizen that if I want to be a moral person, I must believe in A, B, C, and D. Just who do they think they are? And from where do they presume to claim the right to dictate their moral beliefs to me?”

“A woman has a right to an abortion. That's a decision that's up to the pregnant woman, not up to the pope or some do-gooders or the Religious Right.”

“The conservative movement, to which I subscribe, has as one of its basic tenets the belief that government should stay out of people’s private lives. Government governs best when it governs least – and stays out of the impossible task of legislating morality. But legislating someone’s version of morality is exactly what we do by perpetuating discrimination against gays.”

“You don't have to be straight to be in the military; you just have to be able to shoot straight.”

“Everyone knows that gays have served honorably in the military since at least the time of Julius Caesar.”

“The big thing is to make this country quit discriminating against people just because they're gay. You don't have to agree with it, but they have a constitutional right to be gay. They're American citizens.”

Posted by Robert D Flach at 4:48 AM No comments: 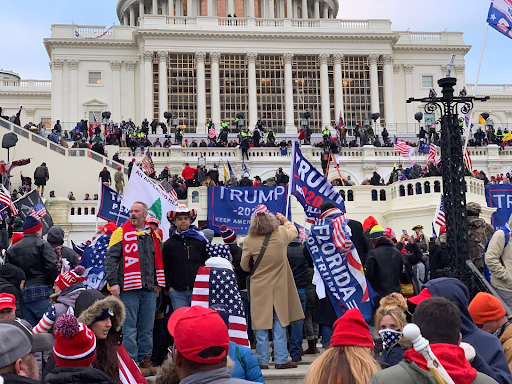 does not vocally denounce EACH and EVERY person who instigated, facilitated and participated in the attack and insist that ALL be prosecuted and punished to the full extent of the law, as terrorists and traitors . . .

MUST be vilified and voted out of office ASAP.

They are not fit to hold national public office.  They have totally abandoned their oath and responsibility to protect the Constitution.

WHAT HAVE WE LEARNED THESE PAST FIVE YEARS?

Here, in my opinion, is what we have learned from the Trump debacle.

30+-% of Americans have apparently historically been ignorant and/or racist.  The Trump presidency emboldened and empowered these racist morons, turning them into an actual organized voting bloc.

While this 30% is a minority of Americans it is a majority of Republicans – because Trump’s core cult of ignorant racists, which includes bigoted extreme fundamentalist alleged “Christians”, tends to gravitate toward more right-wing politics.

The remaining actual intelligent and true conservative “traditional” Republicans when added to the majority of Democrats adds up to between 67% and 70% of Americans, which is why 2/3 of Americans, a majority, have always opposed Trump and his lies and nonsense, and oppose the policies and beliefs of today’s Trump-embracing Republican Party.

Clearly the greatest enemy of America, American values and American democracy is today’s Republican Party, which has observed that a majority of its current members are ignorant racists and consistently panders to their ignorance and bigotry.

Posted by Robert D Flach at 5:32 AM No comments:

I WOULD NEVER HIRE A MAGA-MORON 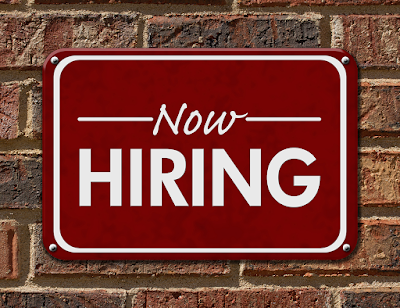 Trump is an ignorant, incompetent, racist, and totally self-absorbed dictator wannabe who is totally devoid of conscience, humanity and integrity and who does not possess a single redeeming positive human value or quality.

There is no intelligent, rational, legitimate, or acceptable reason why any American would listen to, believe, support, and vote for Trump or support today’s Trump-embracing Republican Party.

No person with a brain and a conscience who cares anything about America and Americans could ever listen to, believe, support, and vote for Trump or support today’s Trump-embracing Republican Party.

If a person listens to, believes, supports, and would vote for Trump and supports today’s Trump-embracing Republican Party it raises very serious concerns about the intelligence, competence and judgement of that person, and their ability to properly perform anything other than the most basic of jobs.

I would certainly not want a person who listens to, believes, supports, and would vote for Trump or supports today’s Trump-embracing Republican Party operating on me, or designing a building for me, or representing me in court, or cooking a meal for me, or preparing my books or tax returns.

And I would certainly not hire a person who listens to, believes, supports, and would vote for Trump and supports today’s Trump-embracing Republican Party for any position that requires any degree of intelligence, competence and judgement.

Posted by Robert D Flach at 3:58 AM No comments:

THE DEFINITION OF HYPOCRITE 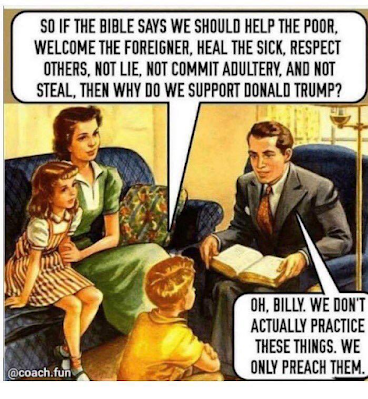 1. a person who pretends to have virtues, moral or religious beliefs, principles, etc., that he or she does not actually possess, especially a person whose actions belie stated beliefs.

2. someone who tells people to not do things they themselves do or insults people for doing the same things they do.

3. a leader or elected official of the current Republican Party.

4. a so-called “evangelical” of the religious right.

Posted by Robert D Flach at 6:36 AM No comments: 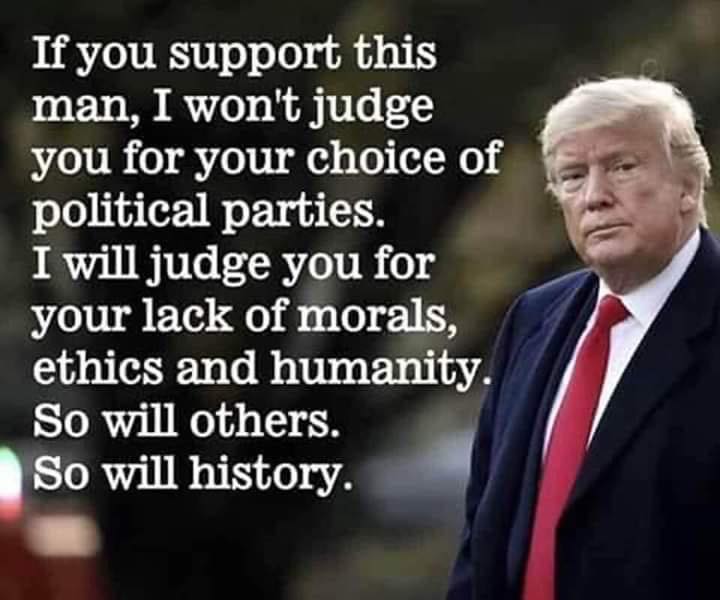 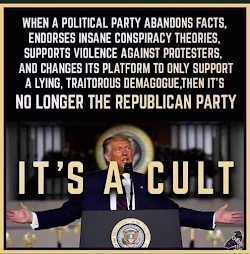 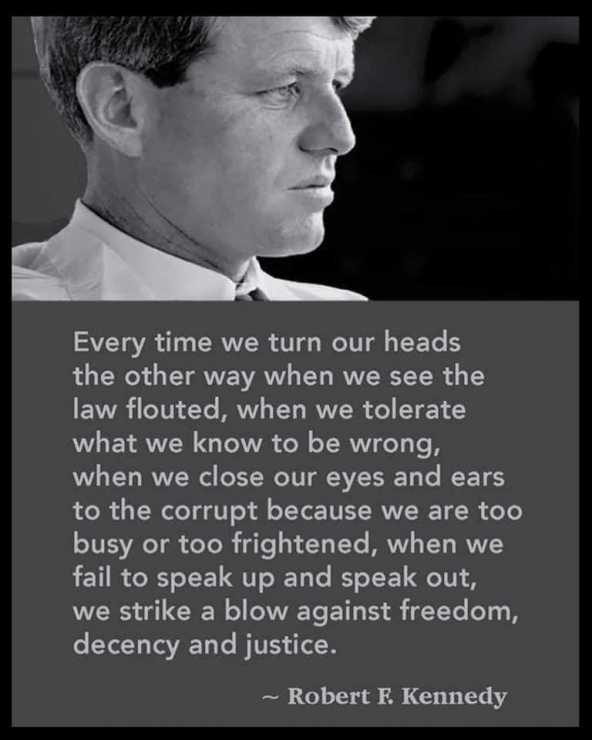 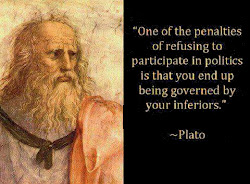 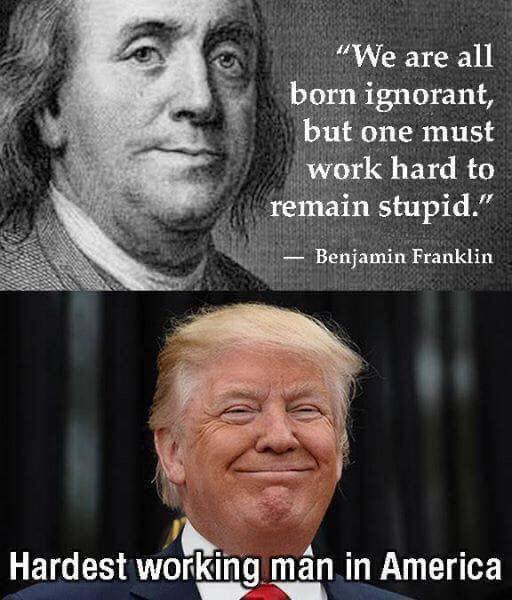 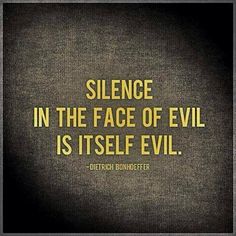 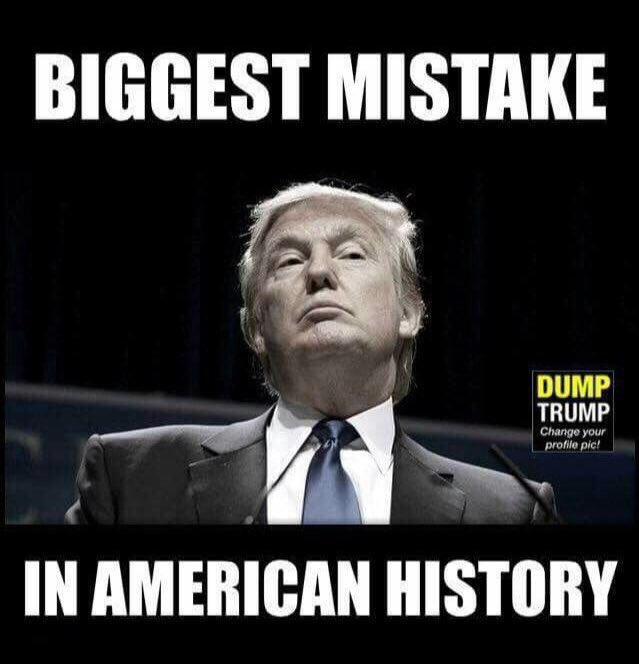 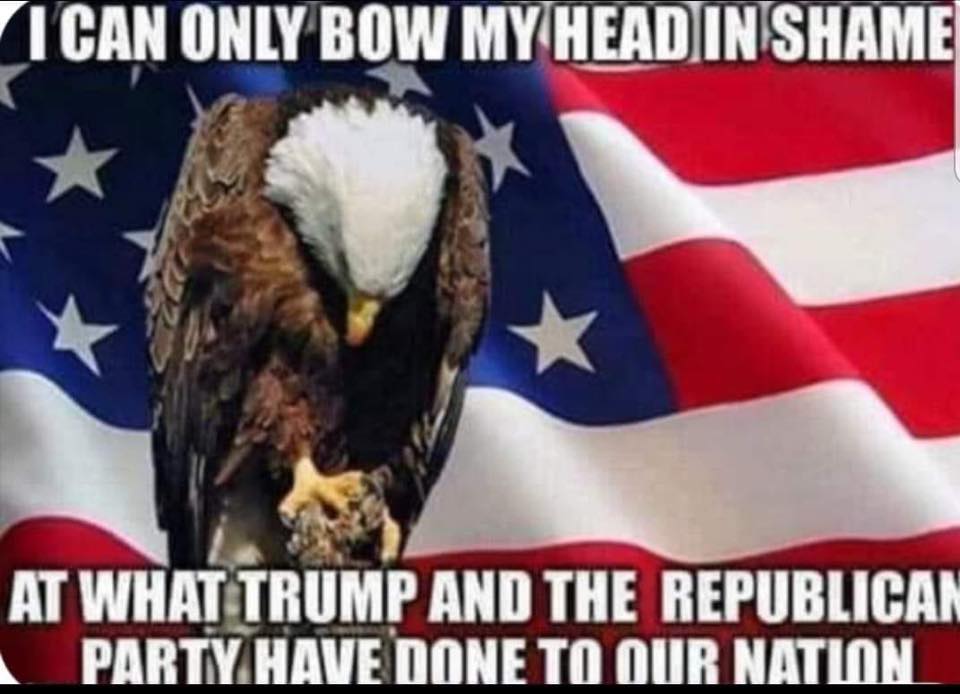 It is vitally important for every American to understand this proven truth:

The ONLY reason Trump does ANYTHING is to -

3) keep his core cult of ignorant racists happy so they continue to cheer his every word at rallies.

Trump NEVER does ANYTHING -

1) because he believes it is what is best for America, the American people, or the world,

2) because of any political convictions and beliefs, or

3) because it is simply the right thing to do.

Every American who cares about the future of the country and the world must vocally and aggressively oppose and denounce Trump. His continuation in office is the biggest threat facing America today.

Owning a home has always been the best tax shelter. While the GOP Tax Act limited some of the tax benefits of home ownership this is still true.
I have created a guide especially for new HOMEOWNERS - a detailed review of all of the special tax benefits available to homeowners.
For more information click here.

MY OTHER BLOGS AND WEBSITES